As the “West’s Most Western Town” in a decidedly red state, Scottsdale has its share of places to find firearms. With so many stores, it’s hard to find one that truly stands out. Bear Arms Firearms is that kind of place. Founded in 1994, Bear Arms has been a fixture in the North Scottsdale area for over 20 years, and is a family owned business. This is one of the hallmarks of Bear Arms. They are run by just one owner, not a team of investors. It is a true father and son establishment. Bear Arms is also close in terms of its employees. With a team of just ten (including women) it’s a rare gem in this day and age. It’s no wonder why Bear Arms has such a large following of regulars — their staff is like a tight-knit family and they treat their customers like extended family members.

One of the things Bear Arms is not limited on is it’s weapons selection. Bear Arms sells guns, ammunition, knives, firearms accessories, rifles, and is a Class III dealer. If you don’t know what Class III means, in Arizona, it is legal to own machine guns, suppressors, short barreled rifle and shotguns, as well as other devices such as grenade launchers and cannons. If you’d like to have one of these for your very own, Bear Arms will help you with all the paperwork. Special orders are no problem. If there’s anything missing from the store you’d like to have, they’ll order it for you at no extra charge. The website boasts “Best in-store selection of firearms in the valley.” With its vast array of AR and AK rifles, pistols, shotguns, and revolvers, you’re sure to find what you’re looking for. They even have all the accessories to go with them from range bags and scopes, to ammunition and holsters, and everything in between. Bear Arms is also proud to offer a huge selection of knives. They carry about a dozen different knife manufacturers, and just like with firearms, special orders are no problem.

I asked for some employee recommendations, and it turns out their tastes are as diverse as the selection in the store. The employees are also knowledgeable about the products they carry. Many of the staff members are also veterans. Kurt is an expert in German history and weaponry, so the MG42 is his favorite. Adam favors the Springfield M1A rifle, while Melodie loves the Sig Sauer P238 series. Ryan G. likes the Spyderco and Helle knives, Aaron is the vintage shotgun guy, and Ryan R. is the go-to guy for any assault rifle needs. While there isn’t a traditional shooting range on site, they do have a high-tech, state-of-the-art Laser Shot simulator. Laser Shot is just as effective at marksmanship practice, and maybe even more so. Sanctioned by the NRA (National Rifle Association) in early 2015, it’s the same system that police officers use in the academy. You can go through real life scenarios such as a burglar breaking into your home with a gun. You have to decide whether or not to shoot, and then follow him down with your pistol as he falls to the ground. This is the kind of training you just won’t get on the range. Laser Shot can also be fun, as Daryl is a pro and holds the number one spot in the Prairie Dog Hunter game.

Speaking of training, Bear Arms offers both public and private classes every week, from women’s self-defense, to CCW, free family gun safety classes and more. It’s important to remember that guns and knives can be dangerous if not respected or properly handled. Bear Arms has training and safety first and foremost on their minds. All instructors are NRA certified, and arguably the best at what they do. Just check the calendar on their website for a schedule of upcoming classes. Bear Arms’ inventory is always changing because they purchase militia and used guns on a regular basis. If you’ve got old guns, medals, knives, helmets, flags, etc. lying around you’d like to sell, Bear Arms will buy them from you, or help you trade them in for something more modern.

Bear Arms Firearms has customers in just about every state since they are an FFL (Federal Firearms License) dealer. That means they have the license to transfer guns to any other FFL dealer in the USA. It’s not often that a family run business has this much selection, resources, and heart for its customers. Over the years, they have listened closely to their customer’s wants and needs and have implemented many of those ideas. Visit their store and you’ll be pleasantly surprised at the welcoming atmosphere. Their friendly and knowledgeable employees will be happy to answer any questions, and Daryl is ready if you’d like to challenge his top spot on Prairie Dog Hunter.

Previous: Mastro’s Steakhouse
Next: How To Survive Wedding Season Without Going Broke 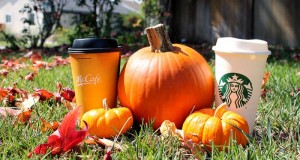 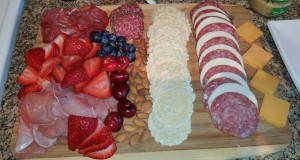 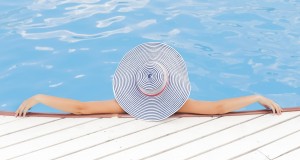