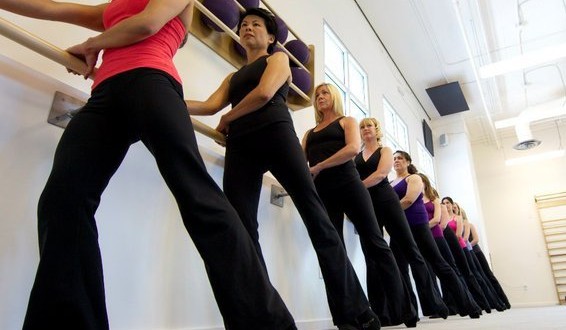 Posted by: Scottsdale One Editor in Health & Fitness, Yoga 1,554 Views

Some of the best fitness in Scottsdale is at the barre. Karve Studio is a new fitness studio that is so much more fun and effective than sweating it out at the gym. Combining techniques from yoga, pilates, and ballet, the two Scottsdale locations will get your heart pumping, your mindset happy, and your body bikini ready in no time.

Step into Karve, and you’ll immediately notice the difference. Shoes are discarded, and everyone works out in their socks. Happy, upbeat music plays throughout the studio to keep you relaxed, inspired, and motivated. Different stretching as well as strength exercises are incorporated using balls, free weights, stretching bands, your own body weight, and a ballet barre. Karve will make sure you work muscles you never knew you had while encouraging flexibility and building long, lean muscles. Like in pilates, you will come out very lean. You’ll be strong without bulking up as Karve targets the fat that hides inside your muscles. The result is a svelte, toned physique. The instructors are trained and hands on. No worrying about injuries here. If they see you doing a technique the wrong way, they will often come help you adjust to get the most out of your workout.

You might wonder where this form of workout came from. Karve is a technique that stems from Callanetics and the Lotte Berk Method. The result is a thin, toned, firm, sculpted you. At Karve, classes are kept small. It’s great not to have to stand in the back of the studio and strain to see the instructor like in most gyms. This semi-private environment helps you to get the most out of every single stretch, lift, and movement. As with most workout routines, there are no shortcuts, you just have to do it. It’s best to go to the Karve studio three days per week. This is what will make the biggest change in your body. You can choose to attend at times when your favorite instructor will be there if you like. It’s easy to sign up for a class online, and different packages are available for purchase. Discounts are even extended to new clients. Karve is a great workout that is even safe for pregnant women and those with minor injuries. You can even return to class right after your baby is born to shed those extra mommy pounds and build your stomach back up. Karve creates that sexy dancer body that allows you to have long lean muscles. Men are also allowed in every Karve class. Bring your boyfriends and husbands ladies so they can experience the ultimate workout. With two locations, one on the Scottsdale Waterfront, and the other in North Scottsdale, it’s easy to get to Karve. One of the best things about Karve is that it’s open seven days a week from morning to night so whether you’re an early riser, a weekend warrior, or like to get a quick workout in after the work day, anytime is perfect. Karve also has lockers and a water station making it nice to not have to worry while you’re in the studio room. Karve is everything you like about the gym, and nothing that you don’t. So go ahead, sign up for just a single class to try it out. It’s a sure thing that you’ll be going again and again and enjoying the new leaner, stronger, sexier you. When your friends ask you how you got your killer body, you can just tell them you get a great workout at the barre!

Karve Studio- A Scottsdale One Feature 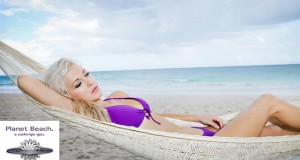 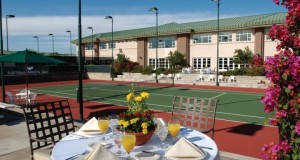